Integrate AppVeyor in Slack
with Axolo 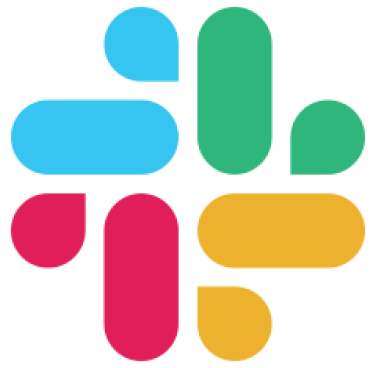 Improve your Continuous Integrations processes with the AppVeyor integration!

What is AppVeyor about?

Cloud service for building, testing and deploying Windows apps. AppVeyor is a Continuous Integration application available in the GitHub marketplace.

Stop checking your email or your GitHub notifications. Axolo sends the notifications from AppVeyor in the corresponding pull request channel in Slack.

What are AppVeyor features in GitHub?

Windows developers use AppVeyor to continuously run their tests and deploy apps to cloud or on-premise environments. AppVeyor CI can update the build status on your GitHub pull requests, upload build artifacts to project release and deploy successful builds. AppVeyor is not just a build tool, but it's the place of Windows CI knowledge accumulation - thanks to AppVeyor's vibrant community! Works for your project Built for Windows developers AppVeyor supports your favorite Microsoft tools, frameworks and SDKs. Visual Studio, Node.js, Ruby, Python and other popular software are pre-installed on build workers. Run integration tests with IIS, databases and Selenium. Robust and secure Care about your projects, not a build infrastructure. AppVeyor securely runs your builds on fast hardware. Every build runs on isolated pristine virtual machine which gets recycled after the build has finished. Built-in deployment Securely store project artifacts and deploy application packages to a cloud with Web Deploy, FTP, Azure, S3, NuGet, GitHub and other deployment providers. Easily deploy to on-premise servers behind the firewall with AppVeyor Deployment Agent.

Learn more about AppVeyor on the GitHub marketplace. 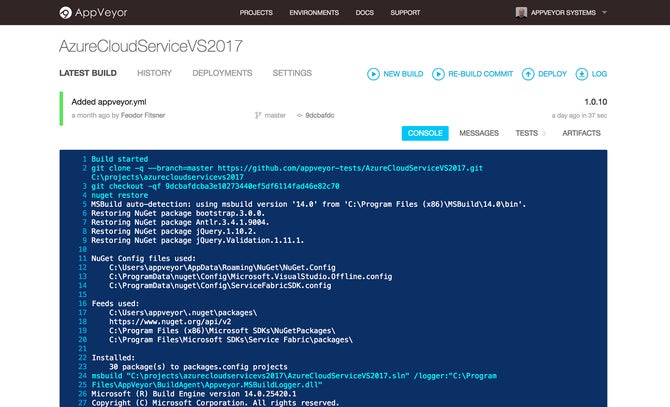